KANSAS CITY COACHES: GET MORE OUT OF YOUR TEAM & YOURSELF

Prep for the season by learning how to design better practices, develop fundamentals and enhance contact skills this summer at a Kansas City Coaching Clinic. 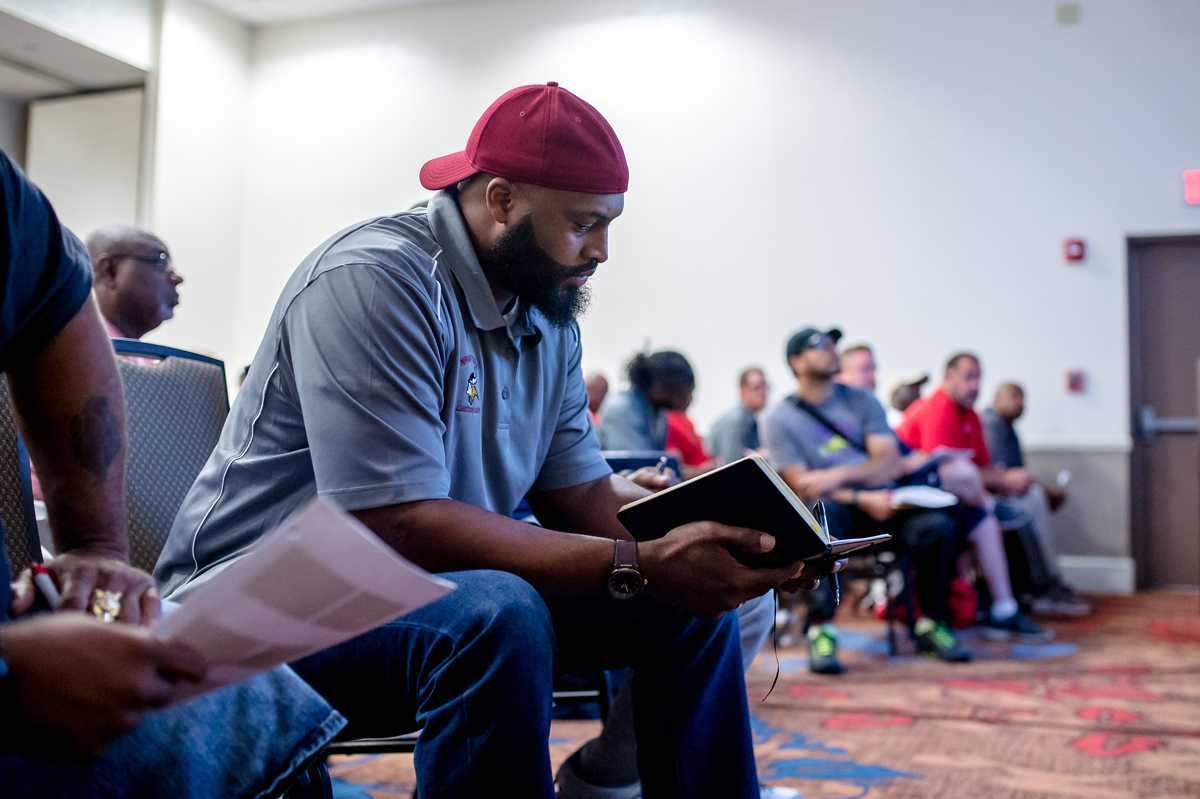 TOPICS TO HELP YOU FIND AN EDGE

Taking place in the classroom and on-the-field, each clinic features these three 45 minute sessions.

A WINNING STRATEGY FOR EFFECTIVE PRACTICES

This engaging session is more than just a lecture. You'll learn from the Master Trainer and your fellow coaches in the room. You can expect to come out of this knowing how to design and execute more organized practices that better prepare athletes for game day.

This on-the-field session will illustrate how to teach the core fundamentals of contact with-or-without equipment. Discover ways to teach athletes about bracing, grappling, reshaping and how to handle pressure by working through, around or against it.

THE FDM: BETTER PLAYERS BY DESIGN

The Football Development Model (FDM) is designed to help coaches teach athletes based on their age, the skill they are learning and game type. This assists with the development of athletes and allows them to learn in a progression that suits them.

Coaching can feel like a full-time job, so USA Football and 15 and the Mahomies worked together to create three clinics. Led by USA Football Master Trainers, they are in different areas within the greater Kansas City area to help fit your busy schedule.

All coaches from any organization are welcome at this clinic hosted at Wise Power Shield Club at Children's Mercy Park.

All coaches from any organization are welcome at this clinic hosted at Webb City High School.

All coaches from any organization are welcome at this clinic hosted at Winnetonka High School.

Coach Michael Bellers has been a Master Trainer with USA Football since 2015. In the same year, he retired as Head Football Coach of Rockwood Summit High School following a Metro St. Louis Football Coaches Association Hall of Fame career that earned him 12 District Championships.

During his career, he also served as a founding of the Junior Fenton Youth Football League and as a charter member of the Park-Rock Youth Football League. In addition, he founded and administered Youth Flag Football at Summit, which has become St. Louis' largest elementary flag football organization.

John Roderique has been the head football coach at Webb City High School since 1997. During his time there, he was earned 22 Conference Titles and 22 District Championships - including 21 in-a-row.

He also earned the following recognition: